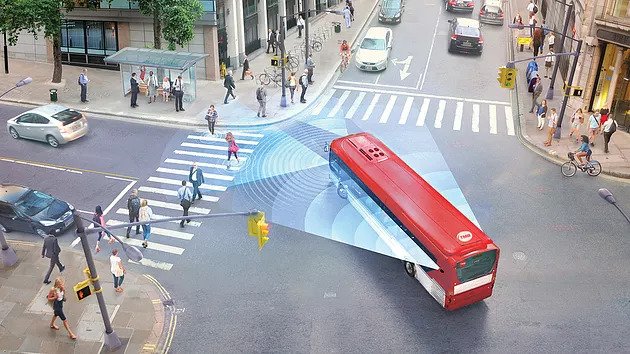 Barcelona City Council is aiming to adopt the Mobileye Shield+ technology gradually over the course of 2018 into it’s bus network. While the municipal fleet will have mandated ADAS requirements for all new vehicles, a process to retro-fit the existing fleet of 3200 vehicles is currently in development.

“This is about making our city streets safer and we are looking to avoid situations that are especially dangerous for pedestrians and cyclists, two of the most vulnerable groups of road users in urban environments,” the Council said.

“It also enables us to gather information as the data collected from the Mobileye system can be managed, filtered and collected as the vehicle drives its route, with a view to establishing measures to prevent hazardous situations.”

Gil Ayalon, Director for Europe at Mobileye, an Intel Company said “At Mobileye we believe that a smart city is first and foremost a safe city. We are thrilled that our safety technology can now be even better harnessed by cities and mobility-providers in these new ways, to allow cities to become both safer and smarter, as well as to pave the way for the autonomous future. We applaud the city of Barcelona for taking a bold step in the transition toward becoming a truly smart city.”

By piloting the latest generation of Mobileye sensors and data analysis on its municipal buses, Barcelona aims to be a pioneer city in accident prevention, hoping to serve as an example to others.